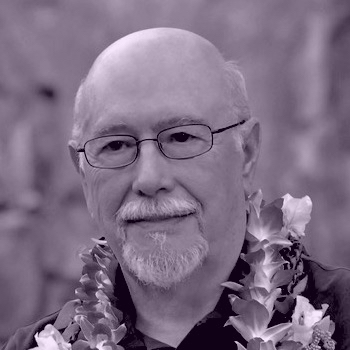 Oscar was a formidable scholar and exceptional Teacher, and he was internationally recognized as a true philosopher in the classical sense. He originated a completely new philosophical tradition that analyzes a human being from the lowest levels of human suffering to the highest levels of human attainment. Oscar also originated a new form of logic called “Trialectics,” the logic of cycles, and introduced his original and complete Enneagramatic Theory, in which were presented his philosophical Teachings for the clarification of the subjective ego process, using the enneagram as the basis of his Teachings, Theory, Method, and Practice. He was the first person to use the enneagram for this purpose.

The Arica School of Knowledge

All of Oscar’s Teachings are presented through the Arica School of Knowledge which, like all classical schools of knowledge, offers a complete method of Enlightenment. His Teachings and modern sciences (including biology, psychology and physics) are employed to clarify the human condition for the attainment of liberation through proven methods of transcendence into the Higher States. Oscar gave many lectures to worldwide audiences on history, philosophy, logic, metaphysics, theology, transcendence, and Enlightenment at public events such as at the Lincoln Center, New York; the University of London, London, England; the Wrekin Trust, Winchester, England; and at a number of reunions of the Arica School. He published books, journals, letters to the School, countless newsletters, and over fifty training manuals, as well as numerous articles, and gave a number of interviews.

In Oscar’s early years he studied extensively all major schools of philosophy, Eastern and Western medicine, history, psychology, law, and all world religions such as Buddhism, Islam, Judaism, Kabbalah, Hinduism, Gnosticism, and Sufism. He had a well-appointed library inherited from a scholarly uncle and today there is an impressive library at the Golden Palm Monastery that contains over 10,000 volumes including many different subjects, as well as some precious first edition texts. Given his substantial comprehension of a vast number of subjects, Oscar was highly adept at making comparisons and showing distinct differences between Arica Integral Philosophy and other traditions. His writings include analyses of many areas of knowledge; these can be found in his publications listed in the Arica webstore. Oscar’s scholarly approach was commendable, showing an exemplary respect and consistency for acknowledging his sources as well as having command over a number of different subject matters.

In 1981, Oscar and Sarah married and moved to the island of Maui, Hawaii, where in 1983, he began writing and publishing many books and articles with her help, and together they developed the training manuals and publications for the School based upon his Teachings. They worked together for thirty-nine years in the peace and tranquility of the Golden Palm Monastery, publishing and distributing his Teachings through the Arica School, as well as organizing large lecture events.

The Human Condition and the Higher States

Oscar gave interviews when time allowed and lectured twice daily at the Arica School reunions, presenting his Teachings and practices to large audiences. He published his definitive book (The Nine Constituents: The Science of the Human Condition from Ego to Enlightenment), which includes the basis of the Enneagramatic Theory. He also produced a number of other books of his Teachings which included other aspects of Protoanalysis, including extensive material related to his Enneagramatic Theory, Method and Practice, as well as training practices leading into the Higher States of Mind. A number of books concerning other subjects related to attaining the Higher States through different Integral Methods were published and are available in the webstore. His work provides a complete, well-delineated, and clearly-defined map of the human condition, enabling us to be able to discover the basis of our ego process. This map provides us with the ability and knowledge to recognize and transcend our relative ego process into the Higher States of Mind, which are found in and available to each of us. This ‘State of Being’ is our True Self, Essential and Pure, and is experienced as an internally-realized State of great Happiness, Light and Liberation.

A Legacy of Service

Oscar passed peacefully into his Eternal Divine Life in March 2020. The large body of Knowledge he completed and left for the benefit of humanity will provide a fundamental ground for the awakening of many into a realized Higher State. Oscar’s life’s work was dedicated to this goal, and he offered his Integral Philosophical Way for entering and stabilizing the Higher States of Absolute Oneness and Unity for the benefit of all humanity.